When it comes to unique African safari destinations, no better place is worth visiting than Tanzania Safari Parks for unusual wilderness experiences. Located in East Africa, Tanzania is an exceptional destination with several beautiful National Parks each with plenty of opportunities to explore and experience on your Tanzania safari holiday.

Over 40% of Tanzania’s land is dedicated to wildlife conservation and amazingly, it is a complete big five game safari destination. Tanzania safari Parks offer lifetime opportunity to nature lovers to explore the big 5 game plus thousands of other unique wildlife, birds in the wild. Here are the best Tanzania safari parks any enthusiastic nature lover shouldn’t miss visiting;

Serengeti National Park lies in the Northern Tanzania safari circuit and it is credited for its unique mixture of breathtaking landscape and ecosystems. The park’s ecosystem is characterized by open grassland, woodland, swamps, rocky terrains to lakes, each offering refuge to Serengeti’s diverse wildlife and bird species.

If there is one destination with a huge profusion of mammals in the world, then it is Tanzania. While on Tanzania safaris in Serengeti National Park, the prime areas of interest for nature lovers include Seronera River and Serengeti Visitor Centre. These are Serengeti National Park’s iconic spots to enjoy incredible views of wildlife.

Serengeti extends up to 14763sq.kms of land area and shelters the bush elephants, lions, buffaloes, rhinos, leopards, hippos, crocodiles, wildebeests, gazelles, zebras, over 542 bird species plus range of other interesting antelope families. The 542 bird species include over 100 resident birds and 11 endemic species. 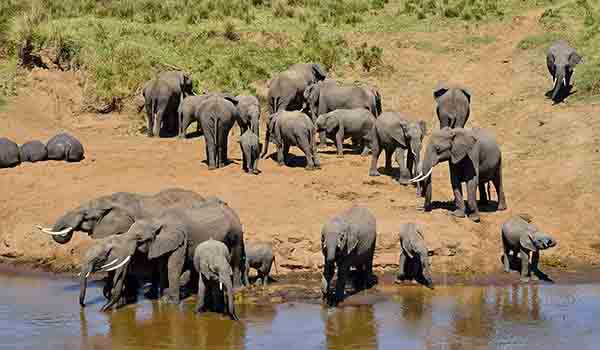 Established in 1970, Tarangire National Park is one of the best Tanzania safari parks worth visiting for a game drive- day and night game drives, hot air balloon tours, birding and more. It is one ideal spot to consider visiting while on en-route to Northern Tanzania safari circuit. 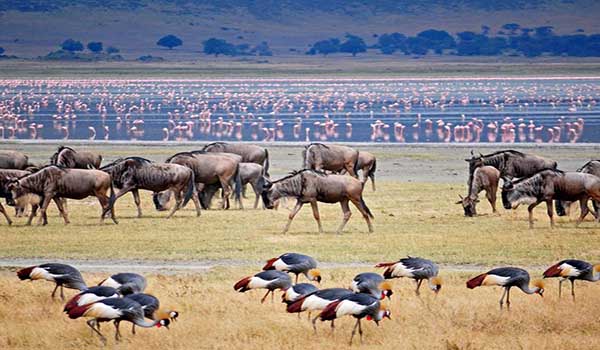 While on Tanzania safaris in Lake Manyara National Park, the major activities to expect engaging in include birding, treetop walk, game drive, visiting the hot springs, boat rides and others. 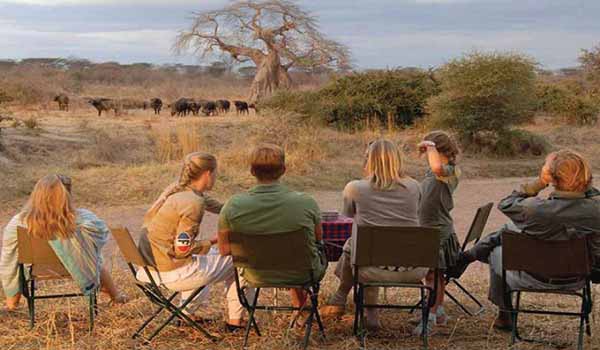 Ruaha National Park is Tanzania’s biggest park, occupying up to 20,226 sq.kms of land area. originally, it was a Game Reserve and in 1964, it was officially designated as a National Park in Tanzania, protecting unique floral and faunal species.

The main activities to do while in Ruaha National Park include photography, game drives, guided nature walks, birding. It is possible to reach the park on road or air and you indulge in a number of memorable experiences.

By road staring from Mikumi National Park it is 5 hours’ drive and from Julius Nyerere Airport, about 10 hours’ drive. By air travel, take chartered/scheduled flight to Msembe Airstrip.

Positioned strategically between the Uluguru Mountains on the North-east and Rubeho and Udzungwa Mountains is a splendid Mikumi National Park. Mikumi is known for its diverse and huge concentration of wildlife often compared to that of the Serengeti National Park. 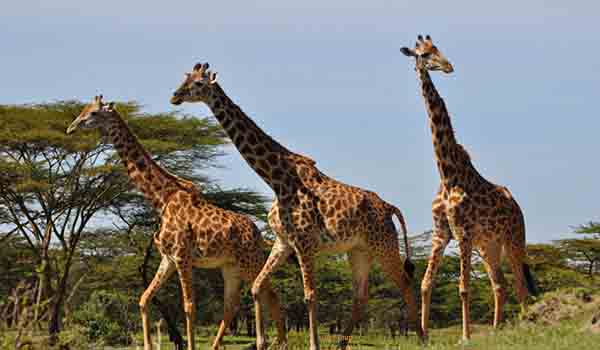 Established in 1964, Mikumi National Park spans on the land area of 3230sq.kms and it is ranked as the 4th biggest park in Tanzania. It is one of the best parks with unique landscape characterized by beautiful baobab trees, hardwood trees, grassy plains etc.

The top activities to engage in while at Mikumi National Park include game viewing- day and night game drives, walking safaris, camping, cultural encounters. Getting to Mikumi is easier on road, air or railway, by road set off from Dar-es-salaam/Iringa/Morogoro to or from Selous Game Reserve through Pwaga to park’s main entry gate. By air, fly from Julius Nyerere Airport to Kikoboga airstrip.

Best time to go for a vacation or safari in Tanzania

The dry season is with no doubt the best time/season of the year to visit Tanzania for a safari holiday. The long dry season often occurs from July, August to September- the ideal period for watching wildebeest migration, game viewing or if you are interested in beach holiday in Zanzibar.