Masai Mara National Reserve is the playground to watch World Cup of wildlife and is nature’s epic of masterpiece. Masai Mara (151000-hectare) is located within the south-western side of Kenya and together with the popular Serengeti National Park form the Continent’s most diverse, breathtaking and most endowed ecosystem in addition to possibly being the top safari big game viewing destination in the whole World. 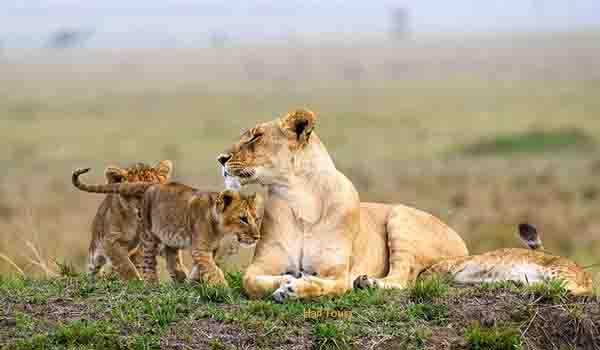 The area rises about 1500 to 2170 meters above sea level. Its landscape is mainly marked by rolling hills, magical River crossings and of course numerous animals as well as adventures than any film would ever show.

This reserve was named in respect to the Masai people, the aboriginal people of the area. These people were surprisingly not the original occupants of the region but rather migrated from the Nile basin. The name “Mara” actually means “spotted” in the Masai dialect, owing to the numerous short bushy trees that dot the savannah landscape.

At the time this area was gazetted into a Wildlife Sanctuary in 1961, it only covered an area of 52,000 hectares and this also included the Mara Triangle. In the same year it was extended to 182100 hectares, then it became a Game Reserve.

When Narok County Council took over control of the Protected Area, part of it was rewarded a “National Reserve” status in 1974 while the remaining area of 15900 hectares was given back to the surrounding Maasai local community. Two years later, another 16200 hectares was reduced from the Reserve hence leaving it with the present-day size of 151,000 hectares.

Masai Mara National Reserve is undeniably one of the most popular and significant protected Areas and safari destinations in the African Continent. It is known for jaw-dropping attractions such as; 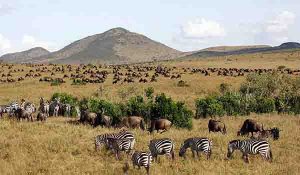 Known as one of the seven natural wonders of Africa as well as one of the ten Wonders of the World, the great migration in Masai Mara National Park is a must-see attraction during Kenya safaris.

Remarkably exciting things to do in Maasai Mara National Reserve

These tours over the sweeping Mara plains allow visitors to watch numerous animals from the comfort of a hot air balloon. For visitors yearning for thrilling and romantic discover of the wilderness, the hot air balloon tour is the best way to go about it. It’s not just the tour you should be excited about but also the bush breakfast that comes along with it. 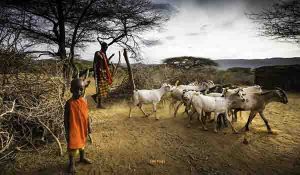 The Masai are undoubtedly one of the most incredible and exciting tribal groups in the African Continent, living in parts of southern Kenya and can be visited during tours of Maasai Mara National Reserve.

The pastoralist warrior tribe has one of the most exciting cultures and for your safari, visit the nearby village to learn about their unique ways of life, traditions and customs, local cuisines and also stop by the curio shops to purchase their art and crafts.

Explore and experience the beauty of Mara plains on a horseback, with remarkable game viewing experiences through the endless and stunning savannah. 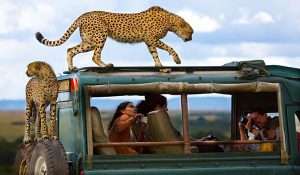 Game drives in Maasai Mara National Reserve are usually included in virtually all Kenya safari packages in form of sunrise, afternoon and sunset drives with literally everything that African offers.

Guided bush walks are conducted within or outside Masai Mara National Park, and last between 45 minutes and 2 hours. The activity is conducted in the company of armed and experienced Rangers as well as experienced and trained guides to protect visitors while they explore the hidden treasures on foot.

The best time to be in Masai Mara National Park is between July and October, when the great migration can be witnessed and unforgettable game viewing experiences are achieved although the Protected Area is a wonderful year-round tourist destination.

There is a wide selection of accommodation facilities within Masai Mara National Reserve and the Conservancies and they include;

As one of the most popular places of stay, it is also the only Safari Lodge within the Mara Triangle and is nestled high on a bush-swathed hill with 74 en-suite rooms.

The Cottages are dome-hut constructed within consideration to the architectural design of traditional Masai Manyatta. It was built in 1973 and features a wide range of facilities that include a spacious restaurant, bar, fitness center, spa and outdoor swimming pool.

The entrance fees for Masai Mara National Reserve cost $80 per person for visitors above 12 years not staying within the Reserve.

Getting to Masai Mara National Reserve from Nairobi City

Chartered flights from Wilson Airport (Nairobi) to Masai Mara National Reserve take between 45 and 60 minutes. This is the easiest and most recommended means to get to this spectacular Safari destination.

Road trips to Masai Mara National Reserve begin from Nairobi City with 5-6 hours’ on the road. Arrival is through any of the five entrance gates that include Oloololo, Sand River, Musiara, Talek and Sekenani Gates.